For about six years I thought this was a reel, with swing. My wife subsequently corrected me. IThe name was suggested by a tune the Battlefield Band recorded, The Presbyterian Hornpipe.

​Trivia: I bought my first good concertina from Brian MacNeil during the intermission of a Battefield Band concert at the Shadow Moon, in Atlanta, in the late 1980s. That made it the most expensive concerts I've gone to. Last I heard, George Marshall owned that instrument, a metal-ended Wheatstone. 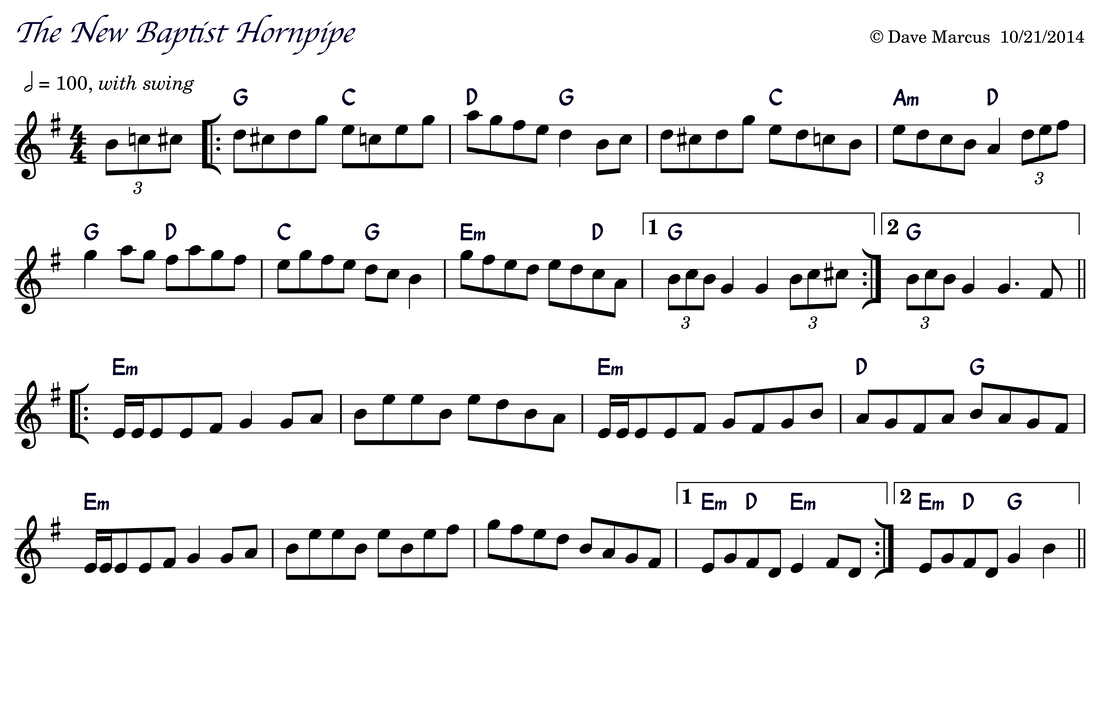