The fish hawk is better known as the osprey. It is a large bird, with a wingspan of up to six feet and a body as large as two feet. In heraldry, it is historically regarded as a symbol of vision and abundance. It is the provincial bird of Nova Scotia and has appeared on more than 50 postage stamp.  I don't study heraldry, though, or collect stamps, and I had never been to Nova Scotia when I wrote this air in 2009 - and have absolutely no memory of why I titled it for this beautiful bird.

This should be played as a very slow, measured air. I originally had the metronome marking of quarter note = 72 but now think that a bit faster is better. The chords are simple, and could perhaps be improved so, play it as you want, as fast or slow as you want. 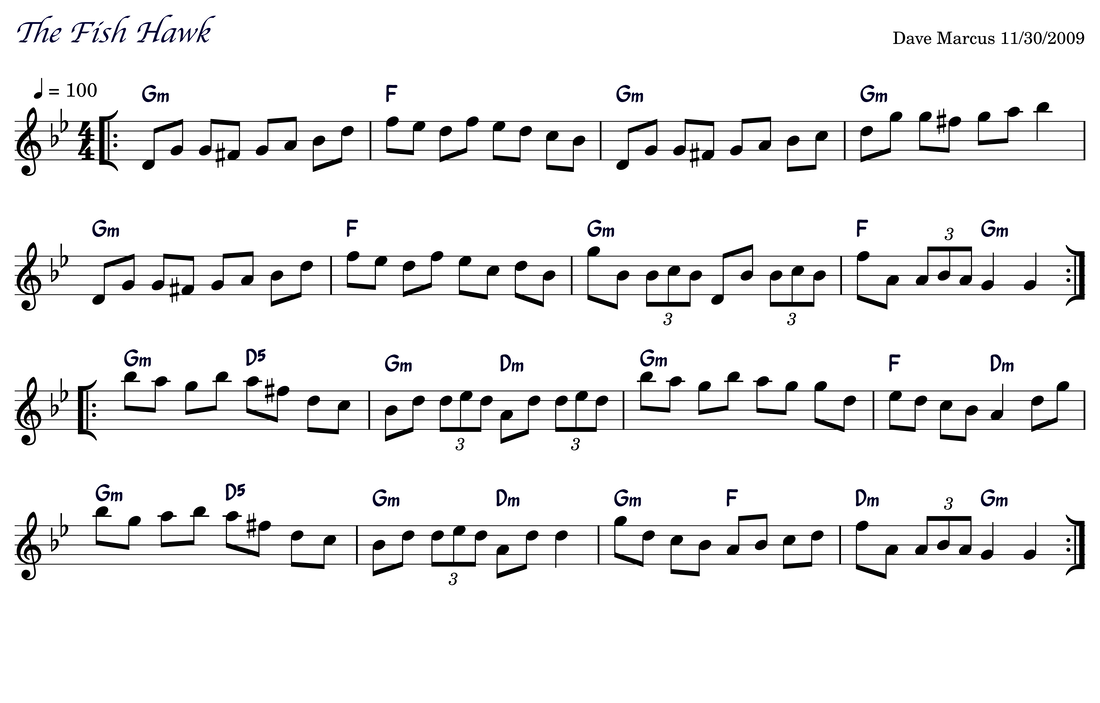