I love tunes with flats.  Each additional flat in the key signature makes the concertina sound darker. Cluck Old Fish is in F dorian, which means it has three flats. It developed, as most of my tunes do, from warmup doodles and the key was not a conscious choice; it was simply where my fingers went. (I thought for a long time it was in C minor until some better theory geeks corrected me.) You can download it in E and A if you like easier keys.

The first part practically wrote itself, and the second part knocked on the door a few hours later. Thanks to Sarah Gowan for suggesting the D-flat chords. (D-flat seems such a sadistic thing to do something.).  And, no, I do not have a hen named Fish. 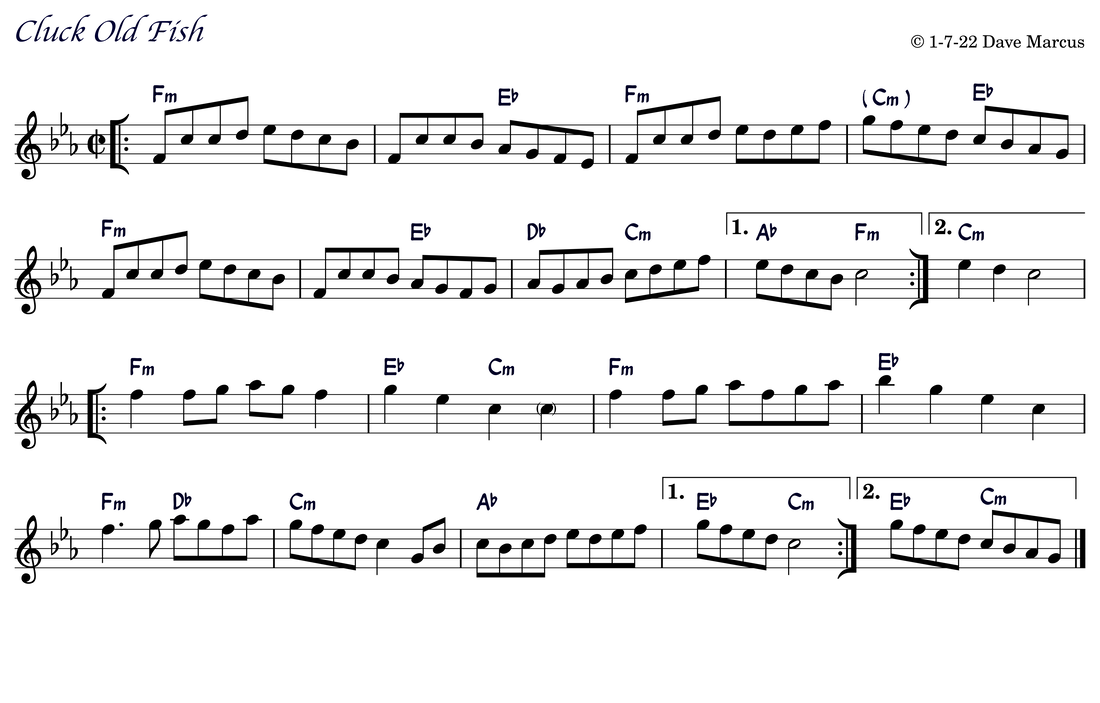