Charon is the boatman who ferries the souls of the dead across the rivers Acheron and Styx, which separate the worlds of the living and the dead--but only if proper funeral rites have been performed and, in payment to Charon, a coin was placed in the mouth of the corpse. Any soul who has not received the funeral rites or could not afford the coin is doomed to wander the banks of the Styx for one hundred years before receiving passage across. The coins were called obols, and that tempted me to score this piece for obol and piano (especially because I think it would sound lovely on oboe or on English horn). 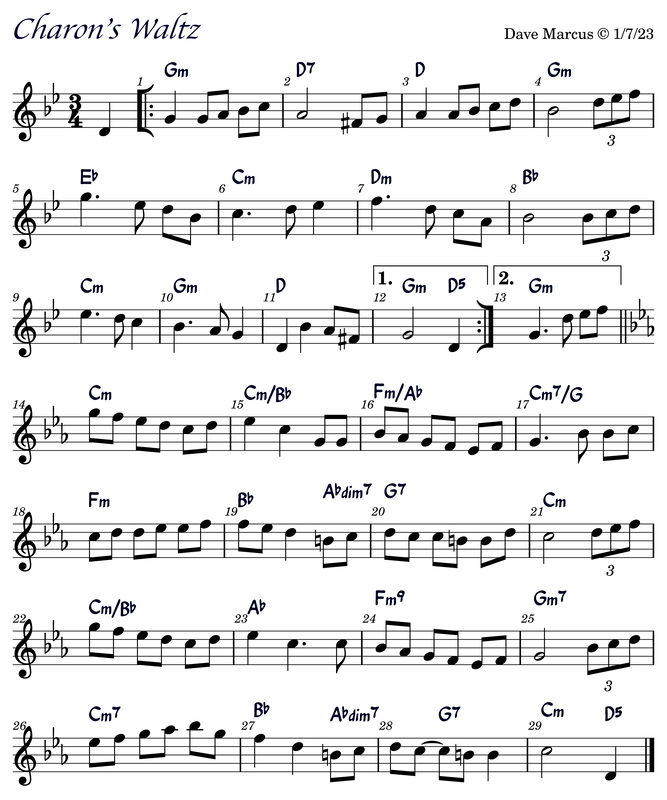